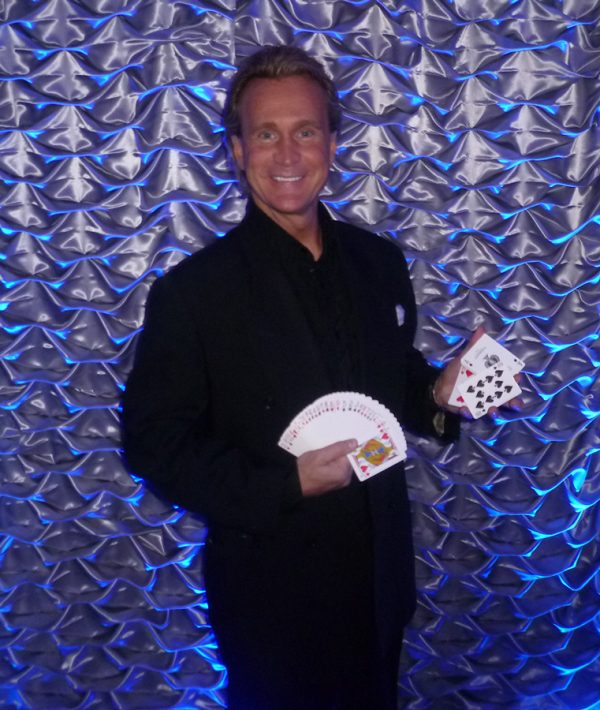 Colin is one of the most sought after corporate and trade show entertainer in Las Vegas. He has accomplished this by having his own full production Sleight-of-Hand show titled “Quicker Than The Eye” which is the only show of its kind in the country. Coupled with being featured on four national television shows in less than 12 months makes him a highly demanded performer. Colin’s repeated requests to entertain corporate clients like Panasonic, GM, Texaco, Lexus, 3M, The Game Show Network, or Head World Sports is a reflection of his unique brand of skill and personality.

Whether it’s an intimate gathering of 20 in a hospitality suite or his award winning stage show for up to 1,000 people, Colin can customize your event to guarantee a successful evening. As a leading keynote speaker for a business meeting or magically producing the C.E.O. of a corporation, Colin will make any trade show or corporate event one to remember. His striking magical presence and exceptional abilities capture the essence of what truly defines a magician. He instills the audience with the feeling that they have experienced something truly magical. Catch him… if you can.