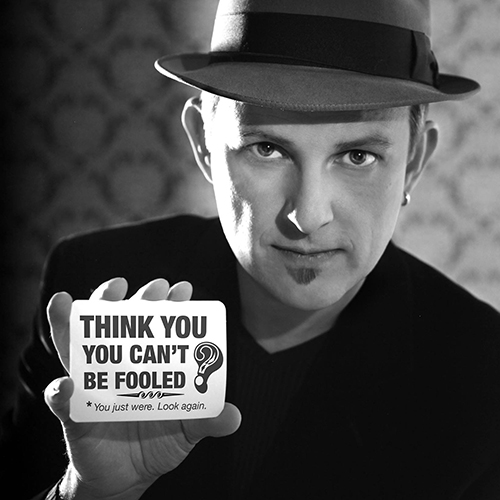 A pioneer in the application of deception to real-world environments, Robbins uses pick-pocketing and sleight-of-hand to demonstrate perception management, diversion techniques and self-deception. Known as “The Gentleman Thief,” Robbins first made national news as the man who pick-pocketed the Secret Service while entertaining former U.S. president Jimmy Carter. He has picked the pockets of more than 250,000 men and women. Forbes has called him “an artful manipulator of awareness,” and Wired Magazine has written that “he could steal the wallet of a man who knew he was going to have his pocket picked.” Robbins has been featured in the New Yorker and in numerous publications such as The New York Times, The Los Angeles Times, and The Wall Street Journal.  He produced and co-hosted the National Geographic program Brain Games, which was nominated for an Emmy as an Outstanding Informational Series.  His popular appearance on The Today Show is a YouTube favorite at more than 7 million views.  The TED editors described Robbins’s talk at TED Global 2013 as a revelation in the flaws of human perception.  His latest project, a Warner Brothers film starring Will Smith, will open in international theatres starting February 2015.